Ask Stand-In Central: How to Become a Star’s Stand-In?

I recently had a great stand-in gig for an A-lister and want to turn the one-time commercial gig into a regular job. I was cast through the commercial casting director and am unsure who on the star’s team I should keep in touch with to express my interest. What’s your advice, Stand-In Central?

Hi Kat! Thanks for writing in to Stand-In Central. Your question is interesting because it is about a topic I’ve discussed frequently with other stand-ins.

Firstly, I have not come across a lot of stand-ins who are an actor’s permanent stand-in. They may have stood in for them on an entire movie or TV series which can be long-term, but they do not follow them from project to project working as their exclusive stand-in. It does happen, but it’s not common.

For example, I see casting notices for stand-ins when a new project is about to begin shooting here in NYC. Often times they will list the name of the A-list actor and ask that you note in your submission if you have stood in for her before. This leads me to believe that these actors do not have permanent stand-ins, or at least not ones that can travel to work bicoastally or in other cities. To do this, you would most likely have to pay your own way and find your own housing, and you may not be profiting from the work.

I will also say that I don’t think a lot of actors care who their stand-ins are. I have had limited contact with the actors for whom I’ve stood in. I’ve stood in for many actors who are very appreciative and say “thank you” often, but stand-ins are not a part of their work experience that is going to make or break their performance and the final result of their project. They may be more focused on securing a great team of acting coaches, hair and makeup stylists, wardrobe stylists, et al.

Also, it is usually the DP who ultimately chooses a stand-in for a project. Every DP is different and looks for different characteristics in the stand-in. One may choose someone with a better match of the actor’s hair color or hairstyle over someone with a better skin tone match. I know of stand-ins who have stood in long-term for actors on single projects, but are not chosen to stand in for them on different projects because of the different DPs’ preferences.

However, I will say that I know stand-ins who have been requested by actors to come stand in for them on other projects. But in most of these cases, the stand-ins have stood in for these actors long-term, and have developed professional relationships with them.

The other part of this discussion among stand-ins is controversial: “How do you go about trying to get stand-in work?” “What are the ethical limits to what you should do to get stand-in work?” The reason that this topic is controversial is because as in any business, everyone has different opinions about how far you should go to get what you want. Some stand-ins are very aggressive in going about securing stand-in work–calling a casting director repeatedly, lying about their stand-in experience, contacting people on the crew who may have a part in the decision making, etc.   These stand-ins may choose to cross lines that others would not consider crossing. You need to think about what you are comfortable doing, and the possible outcomes of the decisions you make.

My advice to you would be to cautiously use the information that you have. The commercial casting director for your project will probably not be of much help to you because it was a short-term project and the CD’s company is probably not used repeatedly to find stand-ins for the actor you stood in for. However, you wondered who on the actor’s team you can keep in touch with. I’m not sure who’s information you have, but I would say that it would be fine to send an e-mail to the actor’s manager and assistant if you met them and spoke with them and they gave you their information. Thank them for the work and express interest about standing in for the actor in the future. I would suggest that you only do this once, and only again if you hear that the actor is going to be filming another project in your area. And of course submit to casting notices for stand-in roles for this actor noting that you have stood in for them before.

You have already profited from this stand-in gig. You gained more stand-in experience and have an A-list actor’s name to add to list of people for whom you have stood in. These things will help you get more work in the future, whether it is for the same actor or for other actors!

Good luck Kat, and thanks again for writing in to SIC! 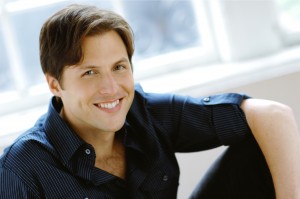 Kat, I am equally baffled by the achievement of securing a coveted spot as an actor’s particular stand-in.

I have heard stories of stars contracting in particular stand-ins.  If these stories are true, I’ve only heard them for very big-name actors.  Plenty of big-name actors don’t have contracted stand-ins.

My feeling is that luck is the major factor that leads stars’ regular stand-ins to their precious positions.  It is probably a circuitous, somewhat random path that led most of these stand-ins to their places, rather than a linear sequence of easy-to-follow steps.

But strategy may improve your luck, and similar to what Sara says, I would recommend that you introduce yourself to, say, the star’s assistant or the star’s manager if the opportunity presents itself, so that they know who you are, your interest, and your contact information.  You may find you have better luck if you are on friendlier terms with these people before making your interest known, which means you may want to take some time before expressing your interest.  Then again, if you’re on a commercial set for one day, passing on a business card with your photo, contact information, and a note expressing interest in future opportunities to stand in for the star may just as well do the trick.  If you miss the opportunity to pass along your information, do some research to find their business addresses and drop them a photo postcard with similar information, and follow up possibly once or twice a year.  Facebook may or may not be an effective or appropriate method of contact; consider the method wisely before making a connection.

Lastly, if you’re not that experienced in standing in or working on a set, I would discourage you from pursuing work as a star’s regular stand-in until you are well versed in the experience of being on a set.  Similarity in appearance will only take a stand-in so far, and what really counts in the end is the ability to perform well as a stand-in: to be available to the crew when they need you; to be a good observer and listener of rehearsals and takes; to be a professional especially when it counts on set.

Do you have your own guidance on becoming a star’s exclusive stand-in?  Feedback on this advice?  If so, post a comment below!