You are standing in on set when the 1st AD announces, “We are waiting for Magic Hour (or Golden Hour) to get the next shot.”

What does that mean? How may it affect you as a stand-in?

Magic Hour (or Golden Hour) is a time of day where the light looks a specific way due to the sun’s position in the sky.

In photography, the golden hour (sometimes known as magic hour, especially in cinematography) is a period shortly after sunrise or before sunset during which daylight is redder and softer compared to when the Sun is higher in the sky.

HOW THIS AFFECTS YOU AS A STAND-IN 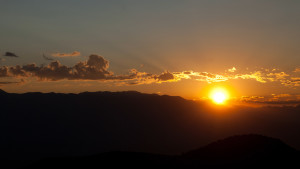 These specific periods of daylight last for a very short time, so these shots have to be filmed quickly and efficiently.

During the setup, you should find your exit route and be ready to step off set so the actor can take your place right away. You should also remain very close by and pay extra attention during filming in case you are needed to step back in. The crew has a very small window of time to get these Magic Hour shots, so everyone needs to be on their toes.

When you hear the 1st AD announce that they will be waiting for Magic Hour, it’s usually because the crew set up the shot well in advance and left a buffer of time in case things didn’t go according to plan. So you may find yourself with some down time when the crew isn’t doing much. But stay close to set in case you are needed to step in again.

NOT TO BE CONFUSED WITH “GOLDEN TIME”

Achieving Golden Time is a great bonus in addition to your regular day’s pay, so it’s something to be excited about. But don’t get your hopes up when you hear about “Golden Hour” on set — it does not mean the same thing as “Golden Time.”

Have you heard “Magic Hour” or “Golden Hour” called something else? Any tips for standing in during these times? If so, please comment below!

About the Author: Sara DeRosa

Sara DeRosa (Senior Contributor, Stand-In Central) has worked as a stand-in on numerous television and film sets in New York City. She is a member of SAG-AFTRA and an advocate for other union members, especially in the area of personal finances relating to payments, taxes, health insurance, and retirement. Sara has been profiled by The Hollywood Reporter with Téa Leoni in a piece about exceptional relationships between stars and their stand-ins. She has also been featured as an unsung hero on Entertainment Tonight and in the ELLE Magazine Women In Hollywood issue for her stand-in work. Sara loves living in New York City, and her favorite sets she has worked on are Manifest, Madam Secretary, and The Amazing Spider-Man 2. http://www.saraderosa.com