Sex and the City 2 has been in the news recently, and I remembered that a friend of mine has stood in for Sarah Jessica Parker on her past films.

Meet Melissa Demyan, an actor and filmmaker making the tough balance of professional acting and standing in work for her. 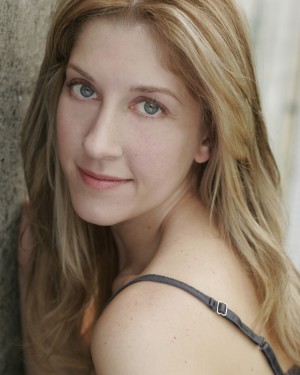 MD: My name is Melissa Demyan.  I’m an actress, and I also consider myself a writer and a producer.

SIC: You balance your stand-in work amidst an audition schedule. How do you go about balancing the two?

MD: There are two schools of thought on stand-in work: Whether or not it’s acting work, and if you are a serious actor, if you should or shouldn’t be doing it.  Doing stand-in work has afforded me some of the most amazing experiences in my life, experiences it’s possible I may never have had by just auditioning.

Let’s face it: Not everyone gets to be successful in this business, even if you are talented. I could be auditioning daily, pounding the pavement, yet I would never be able to say I was directed by Peter Jackson or my hands were Jessica Alba’s “invisible” hands in Fantastic Four. I’ve had conversations with Hugh Grant over a cup of dried blueberries and worked on stunts with a stunt coordinator and director Marc Lawrence on Did You Hear about the Morgans?  Maybe I’m not starring in The Dark Fields with Bradley Cooper and Robert De Niro, but I sat across from them at a conference table in one scene, and in another scene my hands doubled as Abbie Cornish’s.  I wouldn’t have that had I been waitressing and only auditioning! 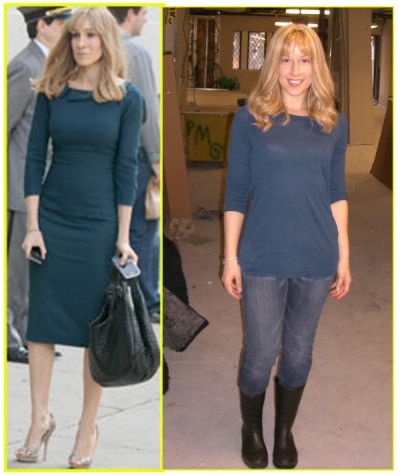 The list goes on, and without those jobs, I may not even have been in this very difficult industry as long as I’ve been.

Yes, by not standing in, you do free yourself up for auditions and sometimes I wish I had gone that route, wonder how different things might be.  But again, I have stories that those quote “serious” actors who are only auditioning might never have. I like to take the work when it’s available and believe that when I’m not standing in, the auditions will come then. I know that’s ideal and maybe I’m a dreamer, but aren’t we all?  Otherwise, we wouldn’t be in this crazy business!

SIC: How do you prioritize standing in versus auditioning in your day-to-day life?

We work strange hours, long days, but then we have these random days off from work.  So when on a job, I am more than happy to put in the time and rearrange the rest of my life to fit it.  Stand-in work allows me to do what I love and random days off to do the things someone with a 9-to-5 might not be able to do.

It’s not for everyone, but I really love being part of the crew and seeing a job from the beginning of filming to the end.  That’s worth the hectic couple weeks to couple months that it might take to complete.

SIC: When you’re booked to stand in but suddenly get an audition, how do you manage those conflicts?

MD: If I’m booked to stand in, 99% of the time I respect that booking and regretfully decline the audition. I’m sure there are actors that would disagree with me, but I “stand” by my reputation of being reliable and committed to a job.   Plus, standing in is already-guaranteed work, whereas the audition is a shot at work in the future. I have to just believe that it wasn’t meant to be for that audition, and that there will be more down the road.

SIC: Similarly, when you’ve booked an audition but then get called to stand in, how do you manage these conflicts?

MD: Again, most of the time, I’m going to stick with where I’ve already committed myself. Generally, you are only being called to stand in for one day so I would keep an audition.  Although, if somehow it was a call to start standing in immediately for something that would be long term and lucrative, I would probably cancel the audition. In true Libra fashion, though, I’d weigh the options, the pros and cons, over and over and over again.  We Librans can beat a dead horse!  Every situation is different and I always do my best to make the right decision and never leave a casting director, production company, or client hanging.

SIC: You also audition a lot for voiceovers.  How do you manage those auditions around standing in?

MD: If I’m already booked on a stand-in job, my agent has allowed me to record myself at home and email them an mp3. It is definitely awesome having those capabilities and someone so great to work with me. If you like to do voiceovers, definitely equip yourself with a computer and a program that gives you that ability.

SIC: You’re also a filmmaker. At what level of filmmaking are you, and have you used stand-ins in filming?

MD: I produced a film, Leaf, which received awards in the festival circuit, including the Accolade Award.  Being a sports film, we’ve garnered attention from the sports industry, the NFL, HBO, Showtime and others, and the film was featured on Around the Horn on ESPN. I’m extremely proud of that and that I got to work with my friend, Tim Carr, the film’s writer, director, and star.

To be honest, stand-ins haven’t been necessary in what I have done so far.  However, I can see when I’m standing in on projects how much time is saved–and how much aggravation both the crew and the actors are spared–by having stand-ins there.

SIC: Have you ever booked an acting role directly from a stand-in gig?

MD: I wonder if that’s a rumor perpetrated by casting directors to get actors to take stand-in work… No, I’m kidding!  I know it’s happened!

For me, nothing speaking yet.  I haven’t yet been that fortunate, though I know many people have.  Then again, I have been featured and have photo-doubled because I was standing in on a project. It’s nice to know that your work ethic and performance are appreciated enough and recognized by those making decisions that they consider you.

SIC: What is your main advice to the actor who is thinking about standing in as a side job?

MD: First I would say, don’t consider it a side job, especially if it is long-term on a project. No other crew member considers it a side job and you are representing yourself as a professional in our industry.

Standing in isn’t for everyone, and each person needs to make that decision for themselves. You may try it and not like it, or if you are like me, you may love it.  But if you are going to do it, do it wholeheartedly. It’s a big commitment, not one to be taken lightly.  But the benefits can be awesome.

MD: Yes.  We are so lucky to get the jobs we get. We’re kind of like athletes: If people didn’t want to pay to watch other people play games, we wouldn’t have a job.

If you decide to do stand-in work, while it may be fun and exciting, still remember it is a job. It’s very rewarding in the end when you’ve worked on a film or a season of a show in its entirety. You’ve built this mini-family and made new contacts. Appreciate that and the opportunity to work–don’t waste it. It’s the people who don’t appreciate it that I don’t consider serious actors.

SIC: Thanks a ton, Melissa!

MD: Thank you!  No matter what you do, though, or whichever path you take: Break a leg!