I ran into Tim Wilson on set recently.  Tim is one of the most proactive stand-ins I know.  He books stand-in work in uncommon ways. 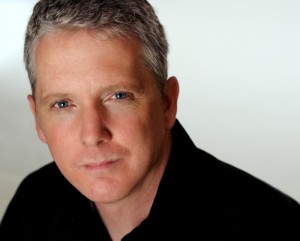 TW: My name is Tim Wilson and I’m an actor who works primarily as a stand-in on film and TV projects.

TW: I’ve stood-in for Sean Penn on the upcoming Fair Game, Philip Seymour Hoffman on Doubt, Linus Roache for his first season on Law & Order, John Hurt in An Englishman in New York, and was a utility stand-in on the upcoming HBO series Boardwalk Empire. That show’s cast consisted of 90% Caucasian men so there was always someone who I’d be relatively right to stand in for!

SIC: You are very proactive in booking stand-in work.  How do you learn about productions coming to town?

TW: Aaaah, being proactive in this business is a tricky one to negotiate. There’s a fine line between “being proactive” and “overreaching,” and as a result ending up as an irritant to ADs and casting as they’re prepping for production.

I hear about projects coming in mostly by keeping my ears open on sets. Standing in is the best way to gather info because you’re usually standing or sitting in some position on set, with the crew is buzzing all around you, and a lot of time they’re talking about other jobs!

If I’m fortunate enough to be on a job for a fair period of time, I will ask crew I’m friendly with if they’re hopping onto something else, and most of the time they’ll tell me. When I first hear of a project, I go to the Internet Movie Database and often they have listed the actors who are attached to each individual project. And you can often see who the ADs will be, too. Also the DP, which is important, because it certainly helps if you’ve worked for them before.

I also get tips about projects by receiving an email every day containing the main stories on Variety. They often announce projects along with particular actors attached.

SIC: When you find out the actors in a production, how do you find out if you might be a good stand-in for them?

TW: I have a pretty good feel for who I’m right for. I would never go after a job standing in for an actor with an olive complexion; it’s always for someone with a relatively fair complexion.  I’ve done an informal polling of DPs through the years and they often say the thing they most care about when matching a stand-in with an actor is coloring and body type. Height is important, too, but not as much as coloring and body type, according to them.

When I learn about a certain actor who will be doing a project, I often go to a website called CelebHeights.com. It is fantastic. It lists their “official height” but then there are all these posts by people–some who claim to know each actor–who often refute it! A lot of times actors on IMDb have their heights listed as 5’10” or 5’11”, and then I go on CelebHeights.com and find out that might not necessarily be true.  I heavily rely on this site because I’m 5’9″ and have found out the hard way that actors are often not exactly perfectly truthful about their height–or maybe it’s just their agents!

As for body type, that’s a bit more flexible. On Doubt for Philip Seymour Hoffman, it was wintertime and I simply wore layers to convey bulk–Hoffman weighed significantly more than I did. The DP eventually told me I didn’t need to put on layers but I was happy to keep on doing so because it was always cold wherever we shot! Some people thought I was an odd choice for Philip Seymour Hoffman but my coloring was very, very similar to his, and for this particular DP it was all about the lighting.

SIC: What about age?  Does the stand-in’s age need to approximate the actor’s?

TW: Sometimes it’s important to be in the same age range as the actor you want to stand in for. I wouldn’t submit myself to stand in for anyone in the 20-30 year old age range, for instance. Sometimes the DP doesn’t care, but oftentimes they do.

SIC: When you realize you’d be a good stand-in for an actor in a production, what methods do you use to try to land the job?

And then I just wait. There is nothing more I can do unless I want to badger casting.  I’ve only done that once because I was particularly comfortable doing that with someone I’ve worked with for many years. And I knew in my gut I was the one for that particular job!

SIC: For you, which crew members are most key in determining who stands in for an actor?

TW: The crew members most key in determining who stands in for an actor, in my experience, are the DP and the 1st AD. Very rarely have I been interviewed and approved or rejected by the actual director.

The 2nd AD is the usual liaison between casting and the actual set. They are the ones who can get you through the door, along with casting.  But the ultimate decision seems to be the DP and 1st AD. Although in one case I was actually chosen by the gaffer! 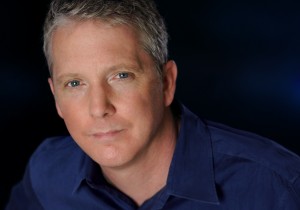 SIC: How do you promote yourself as a stand-in as opposed to a background actor?

TW: Promoting myself as a stand-in as opposed to a background actor is vastly different because with the former I’m trying to find how I might fit into a production then use my experience wisely once I get there. I like to think I’m highly reliable in both cases, but as a stand-in I’m particularly relied upon to always be close, be there, keep my mouth shut, and keep my eyes and ears open. Of course as a stand-in I’m treated as more of an individual, which I often prefer over background in spades. But I’m not just treated as an individual: I’m an individual working on a team. I thoroughly enjoy working on a team, especially a cohesive one.

SIC: Do you have any exciting stories of how you’ve landed a stand-in gig?

TW: One that stands out for me is how I landed the Sean Penn stand-in job on Fair Game.

I was very much aware of the real life person Sean Penn would be playing: Ambassador Joseph Wilson.  No relation, by the way! I watched Mr. Wilson for months and months in his appearances on TV political talk shows when he was defending his wife Valerie who’d been outed as a CIA operative by the Bush administration during the Iraq War. I knew how Mr. Penn would look in the role because I knew what Wilson looked like himself. He had salt and pepper hair brushed straight back off his forehead.

I showed up for the interview with my salt and pepper hair brushed back, wearing my nicest suit. I was studied intently by the gaffer for the movie and quickly approved. The other two guys up for the gig obviously weren’t aware of what Penn would look like as Wilson because they all came in jeans and T shirts, looking scruffy.  So my “intuitive homework” paid off.

I particularly enjoyed the moment when Ambassador Joseph Wilson himself walked on set, shook my hand and said, “You’re the other fake me!”

SIC: What things do you see other stand-ins do that jeopardize their getting future stand-in gigs?

TW: Something which stands out for me over the many years I’ve been working  is when stand-ins make it alarmingly clear they aren’t team players. On one movie a stand-in refused to help out the ADs by doing background work for an emergency cross. He might as well have stuck his nose up in the air when he replied to the AD, “I don’t do background.” The guy screwed himself out of a further 7 weeks of work for one of the leads. Bad mistake. Bad attitude.

We’re supposed to be on a team. And we’re there to help out those PAs and ADs and help make their day not as crappy as it could be. Word gets around. This particular guy disappeared off the face of the earth stand-in-wise, by the way.

SIC: What is your main advice to the person looking to book regular work as a stand-in?

TW: My main advice to someone looking to book regular work as a stand-in is to be quiet and to be aware. Be aware that these people working on sets are doing a high-pressure job.

Frankly, experience is important in landing major stand-in gigs.  Nobody should expect to stand in for a lead on something unless the person is an uncanny ringer for the actor and can somehow convey reliability to such an extent that an AD is willing to take a chance on the person for a big job.

Someone walked up to me once and asked how I ended up working so much as a stand-in. I told him my short answer: I got to know ADs over the years and that sometimes they even request me for jobs. This guy walked straight over to the 1st AD, introduced himself and told her he’d like to do stand-in work. Thank God she was one of the nicest ADs that ever walked the earth because she didn’t lose it and get him sent home. And I remember thanking God he didn’t turn to me, point to me and tell her that I told him to introduce himself to her!

That, by the way, is not the way to land stand-in work. Just be on set as much as possible and prove yourself in some way to the PAs and ADs. Hopefully they’ll notice you and give you a chance. That seems the way to go. It’s worked for me fine.

SIC: This is just great, Tim!  Thanks a ton!