My current stand-in job is on the set of the Showtime television series Nurse Jackie. I work closely with Alley Mulrain, who is the long-time stand-in for the show’s star, Emmy Award winner Edie Falco. I asked Alley if she’d like to do an interview for Stand-In Central, and she was enthusiastic about the opportunity!

Alley wanted to do an audio interview, so here is Stand-In Central’s very first audio interview. We’ve uploaded it in video form to YouTube to improve your chances of hearing it. Alley has a lot to say on her experience working as Edie’s stand-in and for the person looking to stand in for a star.

An Interview with Alley Mulrain 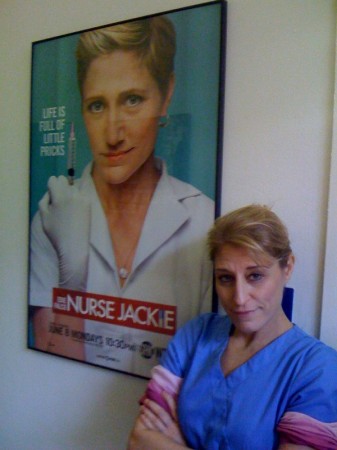 Alley Mulrain, next to a posterized Edie Falco