Interview with Kat Murello, Part 2 of 2

Last week, in the first installment of the first two-part interview of the Stand-In Central Interview Series, Kat Murello talked about her experiences standing in on awards shows, game shows, and runway shows, and offered advice should you find yourself booked on one of these unusual projects.  Make sure you give it a read.

In this week’s installment, Kat Murello makes a case for getting stand-ins credited in the closing credits of projects they work on, a case I can really get behind. 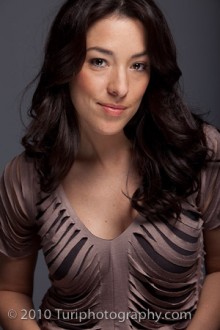 SIC: How often have you been credited as a stand-in in the end credits of a project?

KM: I have been the film set or series stand-in on at least 20 projects, and unfortunately I’ve only received a mention in the closing credits a handful of times.

SIC: That is not a lot of credit given how much you work as a stand-in. How do you feel about crediting stand-ins in the end credits?

KM: I am not going to pretend it doesn’t bother me that my work as a stand-in is left unmentioned when every other person on a project–from the top of the ranks down to the single-day intern–is acknowledged. As a set stand-in, you are there everyday at first call and remain until wrap just like everyone else. You are working hard and putting in your time to bring the project to fruition, too. There is no logical reason to be left out.

SIC: If someone were to tell you that stand-ins weren’t worthy of film or TV credits, what might you say in response?

KM: I don’t think I have ever heard anyone say that the role of a stand-in isn’t deserving of a credit. I think the problem lies in that there is no department to list the stand-ins with, so they are just kind of left out. If a department were determined, I am sure it would become rote to credit the stand-ins along with everyone else. We work very closely with the camera department–perhaps we should be grouped with them.

SIC: Do you think all stand-ins should receive credits on all projects they do?

KM: I think that stand-ins deserve the same recognition as everyone else who is putting 15 hours a day in on a project. Our job is to help make sure that all departments are accommodated when the camera rolls: that camera is lined up properly, that lighting is at the right levels, that the scenes’ steps make sense to the director.  All of this so that first team can step on set and simply perform. Our job is pivotal to many other jobs going correctly.

SIC: What strategies do you recommend for getting credit as a stand-in on a project?

KM: Having your name listed on the front of the callsheet rather than being listed as “SI #2” is a good step toward getting credit on projects.

I have found that being listed on the back of the callsheet along with the rest of the crew has also been helpful.  Additionally, I have had positive experiences with talking directly to the AD team about the issue.

I have to say HBO is very good about crediting their stand-ins. When you watch their programming, usually you will see the stand-ins listed with everyone else on the crew in the closing credits. I recently worked on a series for HBO and am very hopeful that our stand-in team will be listed in the credits. 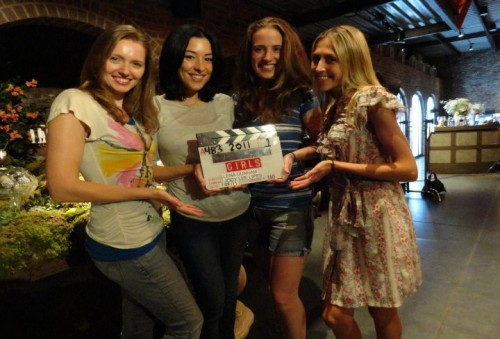 SIC: What are you doing to bring more attention to the issue of stand-ins getting credit for their work?

KM: Actually, I have written a letter to the SAG quarterly to get a dialogue started on this issue. Also, I have made an attempt to become part of the SAG committees here in New York.

Since this is the way I make my living, the same way a dolly grip and a key PA do, this is an important issue for me, and I am doing what I can to bring this issue to the attention of the union to get a permanent rule in place about credits. My grandmother will never see the work I do, so it would be nice to have something valid at the end of the projects I am working on to show her, so that she can see what I am a part of.

SIC: What do you ultimately want to see done for stand-ins in terms of credits? When do you think you will know your work is done?

KM: Ultimately I want stand-ins to be part of the scroll at the end of every movie and television series. And I will know my work is done when my grandmother calls me and says she saw that I worked on a movie she just watched because she saw my name scrolling by with everyone else’s.

SIC: Kat, thank you for taking the time to share your opinions and fight for stand-ins.