I have known Milton Dawes for a number of years.  Milton is a Jamaican-born man of numerous claims to fame with a diverse array of talents and experiences.  We first met in 2000 in New York City at a conference for general semantics, a field in which we are both very active.  Since then, I’ve come to know Milton better, paying him visits at his home in Montreal, Quebec, and serving as webmaster for his website.

But it struck me as odd the other day that after editing Stand-In Central for nearly two years, I never thought to interview Milton on one of his standout résumé footnotes: His stand-in experience on the first film of the James Bond franchise, Dr. No (1962).  Back when I first learned about his appearance in the film, I looked up the trailer on Netflix, and there was Milton, among the very first people I saw in the trailer.  This implied to me that Milton Dawes might be one of the first people viewers ever saw as they became acquainted with what would become a franchise still thriving fifty years later.

Milton accepted my offer to interview him for the Stand-In Central Interview Series.  Here’s what he had to share. 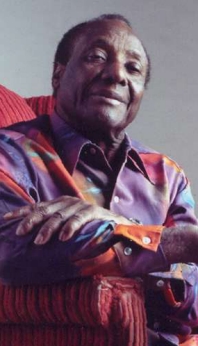 MD: Milton Dawes. I study, “teach”[*], and practice general semantics as “Advanced Thinking”–a way to make sense of things (including ourselves) and a general method for improvement.

SIC: You’ve also stood in before.  How many times have you stood in in your lifetime?

MD: Just once, in 1961 for the film Dr. No. I was also slated to take part in [the TV series] Father of the Bride around 1962 or so. The film might have been Bringing Up Father. Anyway I am sure “father” was in the title. It could have been the case that only a small part of the film was made in Jamaica.  Not acquainted with the film environment, I got tired of waiting so I left the production.

SIC: As a longtime friend, when I first heard that you’d stood in on Dr. No, the very first James Bond film, I was very excited to hear this information. How did you land the role of a stand-in on this film?

MD: I was a member of the National Dance Theatre of Jamaica. I think the director of the studio (Rex Nettleford, who died a few years ago) was asked for recommendations.

SIC: I understand you worked not only as a stand-in for the film, but also as a photo-double and stunt-double. On YouTube there is a clip of your scene in the first 5 seconds of a trailer for the film. You’re the guy in the red shirt.  Walk me through your memories of doing this scene.

MD: This part of the film took place in Port Royal, the famous pirate and Buccaneer haven, and from which Captain Morgan sailed to attack Panama City. Port Royal, across the harbor from Kingston (which I once swam across in a “cross the harbor” race), was once considered the wickedest city in the world. It was destroyed by an earthquake in 1692.

I was standing in for the bad guy who was waiting in a basement with knife in hand. The bad guy was supposed to have valuable information for Mr. Bond. Bond was sent in the basement by a not-so-trustworthy bartender.  (I knew this person. He did manage a bar in Kingston.)

There were a lot of boxes in the storeroom. They were carefully set up beforehand in preparation, so that when Bond kicked the knife out of my hand, I would fall back into the boxes which would fly all over the place. There was no rehearsal. I was simply told what would happen and how I was expected to react.

If I remember correctly this was done in one take–and lasted just about 10 minutes from Bond’s entry, setup of lights, to the kick and fall. The filming done, Bond left immediately, and that was that. I left right after and went back to my work at the biochemistry lab in Kingston.

My lasting memory of that event was that Sean Connery did not fake the kick. It did hurt my hand for several days. (It wasn’t a soft shoe.)

MD: I imagined that the requirement was for someone who physically looked like the bad guy. I was training at a bodybuilding gym at the time and was developed enough to enter several regional bodybuilding contests–and eventually Mr. Jamaica. (I won the Best Abdominal and Best Chest awards in that event.) I was also fit enough to do limbo dancing on shows at hotels in the Ocho Rios area.

Milton Dawes, Limbo Champion, limboing underneath the height of a Coke bottle

SIC: How were you treated on the set of Dr. No? Whom did you meet?

MD: I was around for only about an hour or two. I met only four persons. The bartender, the director (don’t remember who), the bad guy, and Connery in the basement for a few minutes.

SIC: This scene was shot in 1961. How much were you paid for the role at the time?

MD: I don’t remember this. I think if it was an unusually outstanding amount I probably would have remembered.

SIC: How did the experience shape you afterwards? Did you realize the film was going to be the start of a franchise still running 50 years later?

MD: I had no idea that the film would be a start for such a long-running franchise. As I had no intention to be in films, this was just a little adventure for me.  Once, with some other school mates I took acting classes with Lady Jeanne Campbell  (granddaughter of Lord Beaverbrook). It didn’t work out. I couldn’t get over my self-consciousness.

SIC: What are you up to nowadays?

MD: Read some of my thoughts represented in articles I have written over the years at http://www.miltondawes.com.

SIC: Milton, thank you very much for taking the time to share your stand-in experiences.