As part of a new series, Stand-In Central encourages you to send in photos from the battlefield.  That is, the stand-in battlefield.

Have an interesting shot taken when standing in? Send it to us! First drop us an email at Ask Stand-In Central and we’ll get back with an email address where to send the shot. Here’s our first shot from a photo series we’ll call “Stand-In Hell.” 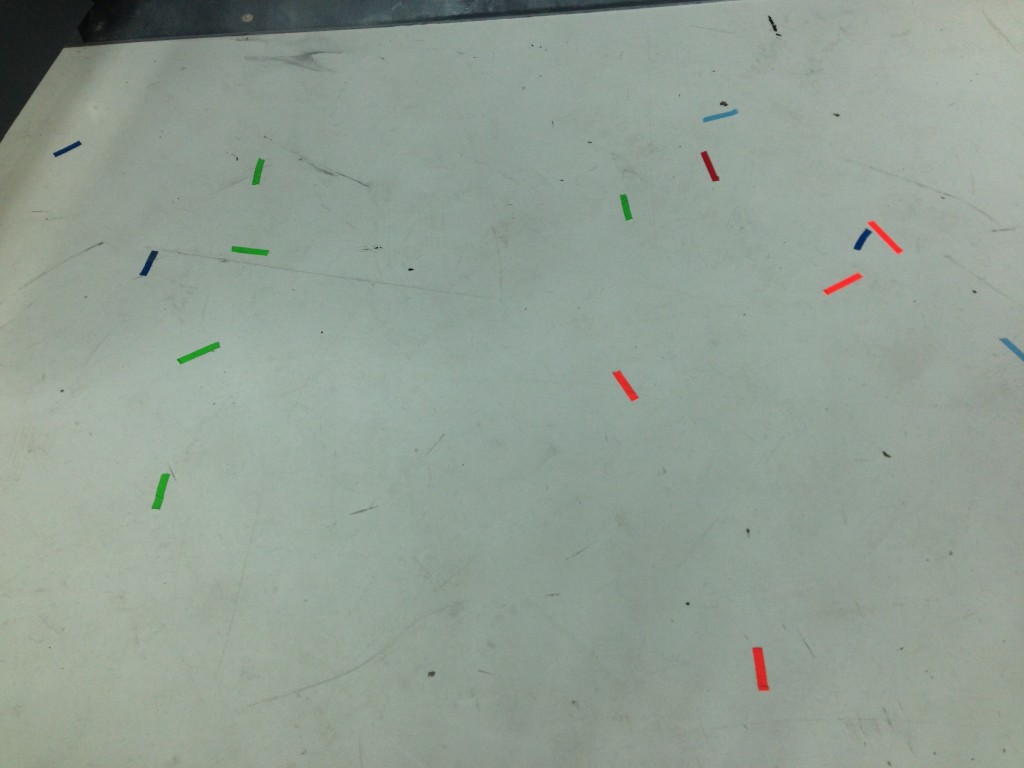 This is a shot taken by Ben Hauck of the floor after a recent marking rehearsal on a television series. There were five actors in the scene and a lot of activity. These are the marks the camera assistant laid down during the marking rehearsal. There were additional marks not in the shot.

I call this shot “Marking Hell” — “hellish,” because as a stand-in it’s our job to know which is our mark and at what time our actor stood there. Sometimes the camera assistant will go back and add numbers to the marks to signify which is the first landing point, the second landing point, etc. I don’t think we got to that point that day.

Got a great shot from your life as a stand-in? Maybe another “hellish” shot? Post below or contact us at Ask Stand-In Central!