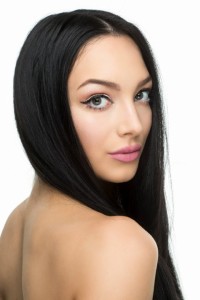 Another stand-in for a celebrity made news recently when a number of media outlets broke the story that Shahira Barry, an actor in Los Angeles originally from Ireland, stood in for Kim Kardashian for a promo for the E! reality series Keeping Up With the Kardashians.  She was interviewed on July 28th, 2015, for The Anton Savage Show on Ireland’s Today FM.

Careful to clarify that she was not Kim’s body double, Shahira did what most stand-ins do on the job: She helped in the positioning of the lights and camera for the shoot. She also didn’t know too much about what she was doing when she arrived that day, showing up at 7am.

Technically, Shahira worked as a utility stand-in on the promo, standing in not just for Kim but for others in the Kardashian and Jenner families who were there for the promo.

She landed the job after a production assistant recommended her, after working with her on a prior commercial for Subway restaurants.  Shahira has done a number of music videos and some television and film in addition to modeling.  Her portfolio is online at http://www.shahirabarry.com.

Shahira signed a nondisclosure agreement for the E! promo, though she gabbed a bit in her interview about working around the Kardashian clan.

Listen to the interview for insights into her stand-in experience:

Were you interviewed about your celebrity stand-in work? Get in touch by posting a comment below!