Interview with Scott Olynek, Stand-In on “The Revenant” — Article from the Calgary Sun

Last week we profiled the “stand-in” for the bear on the film The Revenant. (It was actually a stunt performer more than a stand-in.) 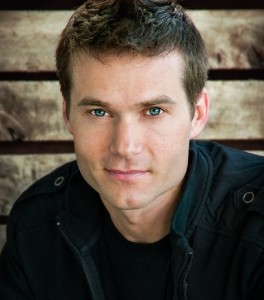 This week, we have an interview with an actual stand-in from the film. Calgary actor Scott Olynek stood in for actor Tom Hardy on The Revenant. Scott was recently interviewed for an article in the Calgary Sun published on March 1, 2016.

Director Alejandro Iñárritu required his stand-ins to memorize the script of The Revenant — not unlike what he required of his stand-ins on his previous film, Birdman. Explains Scott:

Alejandro insisted that the stand-ins be trained actors because we would be required to memorize all the lines and actually be directed in each scene for the set ups.

Scott landed the intense, eight-month shoot in Alberta, Canada, after a call from his agent got him into a casting call for stand-ins, where he was found to most resemble Tom Hardy. “I’m roughly the same size and coloring as he is,” said Scott.

Scott’s IMDb page shows prior stand-in experience on productions like iCarly and Drake & Josh — though he’s fundamentally an actor, even currently appearing onstage in a production of Suite Surrender.

Long months, intense Tom Hardy: Calgary actor reveals life on The Revenant as a stand-in — article from the Calgary Sun

Did you stand in on The Revenant? What other details do you know about the job of the stand-in on that film? Share what you know below!