Interview with Alvin Streeter, Stand-In for Dwayne “The Rock” Johnson – Article from CNBC 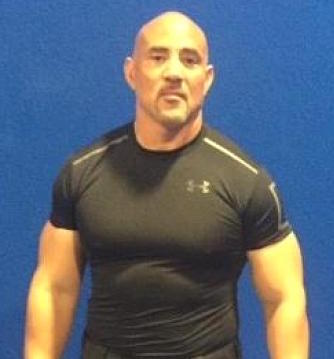 Back in February 2017, CNBC wrote a profile of Alvin Streeter, Jr., a former Home Depot manager in Atlanta, GA, who had found new work as the stand-in for Dwayne “The Rock” Johnson in several of the actor’s films.

Alvin’s similarity to Johnson is obvious. Both have a similar muscular physique, similar height, and similar clean-shaven pate. Alvin even was a bodybuilder in the past. He had heard comments about his similarity to Johnson in the past, but only when interviewing to do background work on a film did the prospect of getting paid for Johnson’s likeness become a reality.

Producers of the 2017 film Baywatch asked Alvin to go down to Savannah (where scenes from Baywatch were being filmed) to interview for the job of stand-in for Johnson. Needless to say, Alvin got the part — a privilege which led to his also standing in for the actor also known as “The Rock” on his films The Fate of the Furious and Jumanji.

Alvin seems to have found an “in” into the entertainment industry. He told CNBC: “[W]hile this is a freelance job, [Johnson’s] entire team has embraced me, so when they do a movie on the east coast, I feel like as long as I want to do it, I can do it.”

Read the article from CNBC:

Did you also work as a stand-in for Dwayne Johnson? Did you stand in on Baywatch, The Fate of the Furious, or Jumanji? Share your experiences in the comments below!