A Documentary about Stand-In Jerry Greben 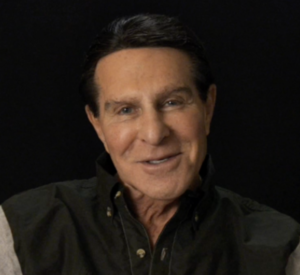 Last month, a docudrama was released about the work of “legendary” stand-in Jerry Greben (aka Jerry G). The short film — titled The Legendary Jerry Greben: Professional Stand In — delves into the work of Jerry as a stand-in as well as the mystique behind him.

Featured in the film are numerous interviews on the set of the television series Saving Hope, including talks with fellow stand-in Sandy Guerard and a principal actor for whom Jerry stands in, Benjamin Ayres. In the film, you can see Jerry at work standing in for a range of actors — not just men but also women, and not just people his height but also people taller than he is. The film creatively intercuts actual scenes from Saving Hope with second team rehearsals Jerry worked in so that you can see what he does in order to set up the shot.

Detailed in the film are some of Jerry’s professional habits. According to costume designer Jenifur Jarvis, Jerry connects with the wardrobe department the day before a shoot on what his first-team actor will be wearing so that he can wear colors the next day that correspond with what the actor is wearing. According to actor Peter Mooney, Jerry will tell him whether anything in the scene has been adjusted since the marking rehearsal.

While Jerry is known to have a rich knowledge of the workings of a set, what is clear in the film is that many crew members with whom Jerry works don’t know much about him outside work. Jerry’s unemotional, dispassionate persona makes people listen when he does speak, but also feeds speculation about what he does when he’s not at work. The docudrama goes into Jerry’s non-work life to provide insight and history into the much liked stand-in.

Jerry got his start as a stand-in on the 1987 miniseries Amerika, standing in for Kris Kristofferson. Since then, he’s stood in for luminaries like Mickey Rooney, Bob Dylan, David Carradine, George Carlin, Alan Alda, and even the much taller Ted Danson.

Have a watch of The Legendary Jerry Greben: Professional Stand In:

Have you stood in with “Jerry G”? What are some of your standout memories of working with him? Share your anecdotes below!