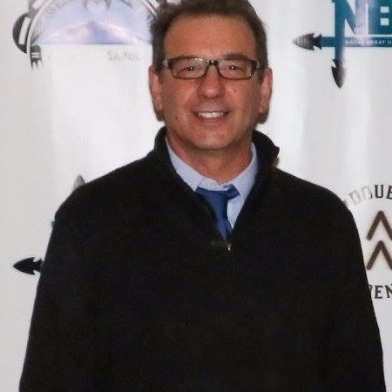 As he discloses in a blog post, a little more than a year ago at the age of 59, Nicholas “Nick” Urzetta began taking acting class at Sol Acting Academy in Albuquerque, New Mexico.

Not long after, Nick found himself landing the position of stand-in for actor Tommy Lee Jones on the upcoming film Villa Capri.

For six weeks in New Mexico, Nick worked as a stand-in and photo double for Jones. As Jones played golf in the film, Nick’s lifelong experience as a golfer helped him land the job — not to mention his similarity to the actor.

Nick worked alongside fellow stand-ins Charles Elkins, Susan Lloyd, Vincent Cunningham, Robert Fox, and Michael Fabian, making up the film’s “second team.” Michael was the stand-in Nick singles out as having taught him what a stand-in does.

While many stand-ins may say they don’t do all that much when they work as a stand-in, Nick had quite the opposite experience.

“I went from a beginning acting class to standing in and reading lines with some of the biggest names in the business,” says Nick about his job on Villa Capri. “[M]any times I would be reading lines and rehearsing movement with the likes of Morgan Freeman, Rene Russo, Glenne Headly, Sheryl Lee Ralph, Joe Pantoliano [et al.]”

While Nick found a common background with the film’s director Ron Shelton, Nick also found that Shelton was tough on him professionally, expecting Nick to know his lines, the camera angles in the shot, etc. However, Nick took well to the demands of the director, who was also a bit of a coach and mentor for Nick.

Nick shared very few words with Jones, whose acting technique meant that he was in character when he was on set. Nick essentially picked up quickly whether it was appropriate to talk to his first-teamer.

He also picked up other responsibilities. Nick’s advice for stand-ins is:

[S]tudy the actor you are standing in for, their every movement, stance, hand, leg arm position. The camera operators really depend on the stand-in to get the shot right.

Did you stand in on Villa Capri? Have you also stood in for Tommy Lee Jones? Share your experiences in the comments below!