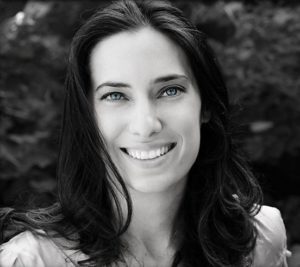 Danielle Sepulveres, a talented writer who notably stood in for Julianna Margulies for a number of years on CBS’s drama The Good Wife, has been mentioned before on Stand-In Central.

In the recent past, Danielle had an essay of hers about her experience as Margulies’s stand-in published in the Washington Post, and she was also interviewed alongside her stand-in co-worker Carlton Tanis for MindSchmootz.net.

More recently, Danielle had an essay of hers about doing work as a background actor and stand-in published in the Atlantic.

Her essay talks about her move from corporate America into becoming a screenwriter. In the process of getting there, Danielle did stand-in work, which gave her access to screenplays which she consumed and studied. Stand-in work also allowed her to witness how a script was translated to the shot and put her among industry professionals of whom she could ask questions about shooting television.

In addition, Danielle shared insights into the value of stand-ins on a production. She writes:

Did the actor drop a file? Start to dance? Open a door with their left or right hand? A stand-in mimics each detail. It’s a practice valued for its efficiency, as it saves the production time and money: By rehearsing cues, all departments are prepped to shoot as soon as an actor is deemed camera-ready.

Click below to read the rich writing of Danielle Sepulveres:

The Curious Life of an Extra — from the Atlantic

What did you think of Danielle’s essay? What did you learn about stand-in work from her experiences? Share your thoughts in the comments below!