A Direwolf Stand-In: When “Game of Thrones” Needed a Stand-In for a First-Team Wolf

I must admit: I’ve never watched Game of Thrones. But it was delightful to find out that there was some coverage of a particular stand-in recently.

You see, on the series, Jon Snow’s direwolf (I have no idea what that means at press time, I’m just repeating what I’ve read) is actually played (or was played?) by an arctic wolf.  At least I think that’s correct.

But apparently it’s not a good idea to set up shots with principal animals while they’re in hair, makeup, and wardrobe. That’s when you bring in a stand-in!

As revealed by a documentary about Game of Thrones titled Game of Thrones: The Last Watch, and picked up by Harper’s Bazaar, this was the stand-in for Ghost: 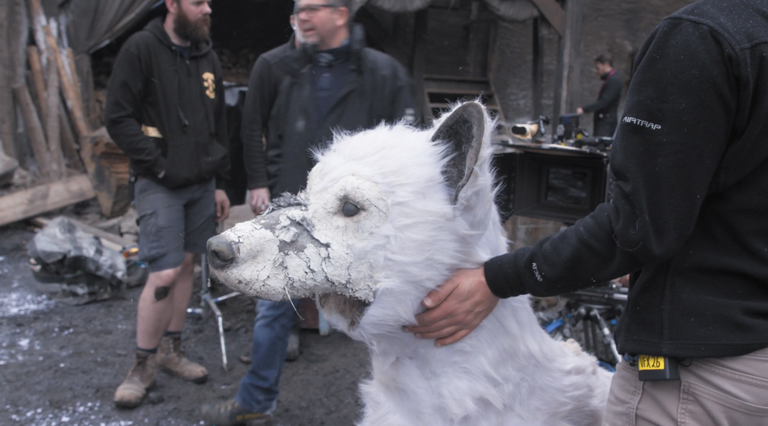 The stand-in for Ghost on Game of Thrones

Of course, you have to see more, so here it is a full-body shot (in case you are a casting director interested in hiring this stand-in): 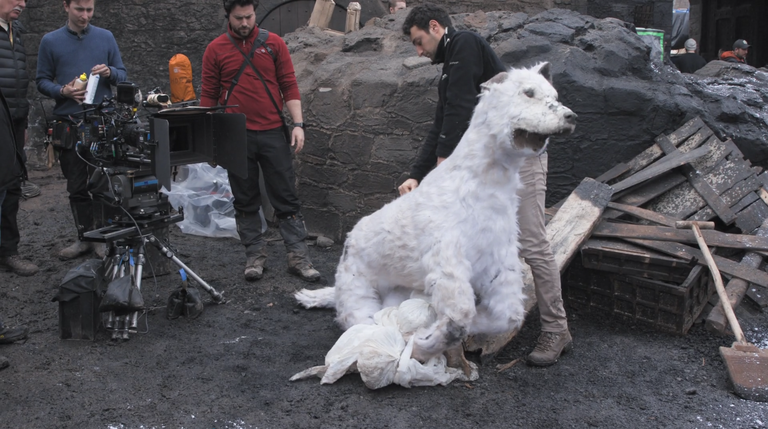 I take especial interest in this story, having stood in for dogs in shots … not once, but twice … when there was no stuffed version to take my unionized work away from me.

The biggest question I have is this: Do you have to tell him to “Stay” to stay on his mark?  And what about the threat of squirrels?

Have you seen stand-ins for animals on set? What have you seen? Share your experience in the comments below!