Laura Butler, a Stand-In for Sophie Turner on “Game of Thrones,” Gets Her Own Media Attention

From time to time, the news media go gaga over stand-ins.

Which is great! Since 2010, Stand-In Central has been dedicating a lot of attention to stand-ins.

Stand-ins play an important role in film and television, help productions save money and time, and are a largely unknown and uncredited part of production that deserve more attention than they get.

They aren’t just a pretty or nearly identical face.

That said, Laura Butler, a stand-in for actor Sophie Turner on the final season of Game of Thrones, got picked up for stories in the media recently for her uncanny resemblance to her corresponding first-teamer. 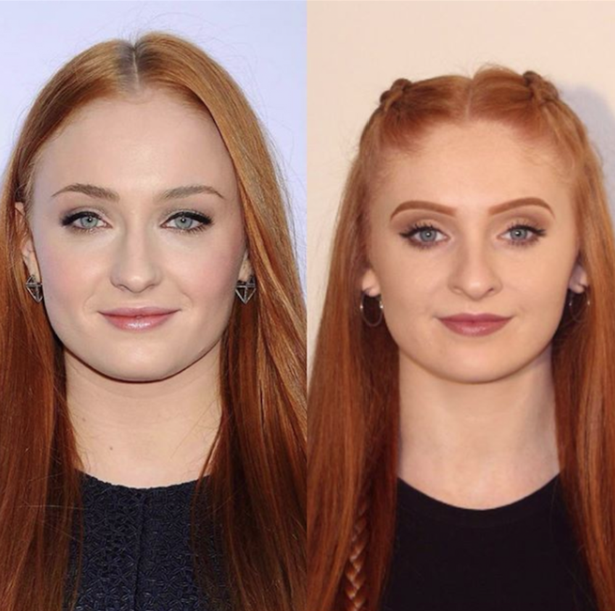 Sophie Turner on the right, Laura Butler on the left. (At least we think …)

As recounted in an article on Irish Mirror, Laura, a student of sociology and economics, explains how she landed the stand-in gig through an extras agency. Before long, she was having this experience:

“Someone came over and said, ‘congratulations on your engagement’ and I was like, ‘sorry?’. They didn’t realise.”

This is because people on set confused Laura for Turner, who had recently gotten engaged to singer Joe Jonas. According to Turner in an article on People, Jonas apparently mistakenly tried to kiss Laura because of the similarity!

While it does seem she did work as a stand-in, according to Turner, Laura also worked as a “double” for Turner. Whether Laura was a photo double, or a usually much higher paid body double, or perhaps even a stunt double, is unclear, but each of those jobs, as Stand-In Central has numerously pointed out, are different jobs than that of a stand-in.

In short, stand-ins work off camera; doubles work on camera.

Do you have links to any other stories profiling stand-ins? Post your links in the comments below!