Stand-Ins from Otterbein University at the 4th Democratic Debate

Your editor of Stand-In Central is a graduate of the theater program at Otterbein University (at the time, it was called Otterbein College), and Otterbein was the location for The 4th Democratic Debate on October 15, 2019.

So it was exciting to hear on the New York Times podcast The Daily that Otterbein theater students were essentially working as stand-ins in preparation for the televised debate.

While you can’t see any of the stand-ins in the podcast, there is some audio from the rehearsal that includes stand-ins, including the moment a “first teamer” moderator meets his stand-in. Give a listen to the October 16 episode of The Daily here.

Also, the local newspaper The Columbus Dispatch covered the preparation for the debate, and included a gallery of photos of the Otterbein drama student stand-ins. 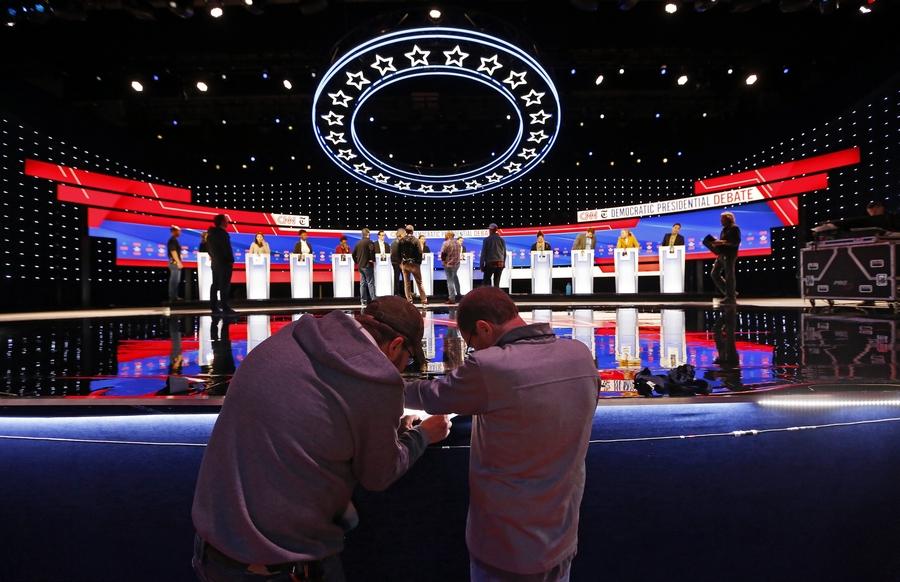 Stand-ins from Otterbein’s Theater Department work as stand-ins in preparation for the October 15, 2019, democratic debate. Photo by Adam Cairns for The Columbus Dispatch.

In an article on Columbus Business First, Otterbein President John Comerford explained the purpose of the stand-ins. “They have to have someone in at each podium to get the camera angles right and run through the whole program.”

As an Otterbein alumnus, it was so cool to hear Otterbein students were getting a taste of stand-in work!

Do you have additional insights into the work of the Otterbein stand-ins? If so, post in the comments below!