Standing in is a serious job, but at times it can be downright ridiculous. Many stand-ins have quite entertaining stories from their work on sets. Here are a few stories we heard when we asked around.

One day, Guy Veryzer, an actor and hand model who also stands in, was working on the television series Kings. He was portraying a mourner putting flowers at a gate in honor of a dead prince. As he chatted with the background PA, the PA suddenly said he needed Guy to be Macaulay Culkin’s stand-in. Guy thought, “Seriously? I am decades older and a foot taller, maybe two feet taller!” Guy spent a lot of time with his legs very widely spread and his knees bent to approximately Macaulay’s height. 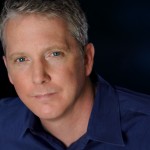 The actor Tim Wilson had a bit more awkward a situation when standing in on Boardwalk Empire. “I found myself lowering my head into a toilet bowl because in the scene I was standing in on, my guy was barfing after a night on the town,” Tim recalled. Production wanted Tim’s head about 3 inches from the water in the toilet. When he noticed a yellow tint to the water, he figured set dressing had put some coloring in the water for an eventual overhead shot. “I thought, Oh, how clever. Uh-uh. It was the real deal.” When Tim jokingly pointed this out to the AD, the AD was mortified and production took care of the matter before the principal actor arrived. “I must admit it was odorless, didn’t smell at all,” Tim added.

Things got a little more scandalous for stand-in and actor Sara DeRosa. “I stood in for a bikini wax scene last night! Leg in the air and all!” Sara recently reported. When asked where the camera was, Sara replied, “Hanging from a bungee on a pulley system from the ceiling!”

While there are a number of awkward positions one can be in as a stand-in, some of them can be doubly awkward when scenes represent sexuality. 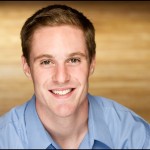 Standing in for sex scenes is not that uncommon for the stand-in. For actor Ryan Shibley, it happened in his first stand-in gig, on the set of the ESPN mini-series called The Bronx Is Burning. “I stood in for the actor John Turturro and had to stand in–or more like ‘lie in’–during a sex scene. So I met the female stand-in about a minute before I realized she had to straddle me for like 20 minutes as the entire crew watched and set up the shot.” Despite the admittedly awkward situation, Ryan broke the ice with questions like “So where did you grow up? What college did you go to?” as he held her hips and she straddled him.

Similarly, Nikki Borges showed up to set to discover she was standing in in a sex scene. When she reported to wardrobe for color cover, wardrobe said simply, “They’re naked.” Nikki assured them she would not be standing in in the nude, so wardrobe found nude-colored, full-body unitards for the over 6-foot-tall male stand-in and her to wear while crew set up the shot around them.

Among the statistically preposterous stories from standing in, an actor (who chose to be anonymous for this article) stood in for another actor … who happened to be in his acting class at the time. Actor and stand-in Ben Hauck was pulled to stand in for another actor, learning soon after that it was for someone with whom he had done a play a few years prior.

Lorna Pruce has some exciting stories from standing in for inspirational people.

Lorna became Gabourey Sibide’s permanent stand-in on the television series The Big C. When she was being tested out as Gabourey’s stand-in, Lorna recalled, “I met Gabourey and she was very outgoing to others, yet very introverted when it came to talking to me.” Around the third time standing in on the project, Lorna said to Gabourey, “The irony is that we sat in front of each other like this on Precious. I was the HIV social worker.” To Lorna’s surprise, Gabourey in her most sincere, high-pitched, valley-girl voice said, “Oh my God, I was trying to figure out how I knew you! Ha ha ha ha ha!” 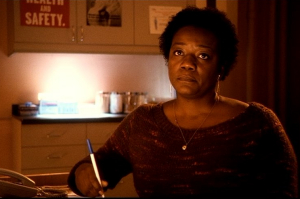 Lorna Pruce as the HIV Social Worker in Precious: Based on the Novel by Sapphire

Oprah Winfrey was executive producer for Gabourey Sibide’s breakout film Precious: Based on the Novel by Sapphire, and interestingly enough, Lorna Pruce has also stood in for Oprah. Nearly twenty years ago, Lorna moved to New York City in hopes of meeting Oprah and becoming her page. Many people she met then told Lorna that she looked and acted like Oprah and affirmed that Oprah would hire her. 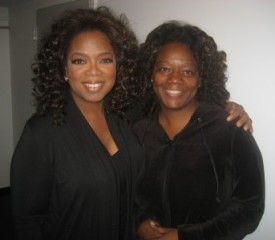 While Lorna never got the page job, nearly a year ago she auditioned to be Oprah’s stand-in and body double for the television show 30 Rock. Upon landing the job, Lorna spent the night trying to come up with a succinct story to tell Oprah.

The next day, after she finished standing in and production wrapped, Lorna and Oprah finally got to sit and chat. Lorna recalls, “My one opportunity to chat with this great woman and what do I say? ‘You’re a puddinhead’!” All Oprah could do was laugh.

Have a funny story from standing in? We’d love to hear it. Email the editor from the Ask Stand-In Central page and we may run it in a future column!

What do you think about these stories? Share your comments below!