Interview with Kat Murello, Part 1 of 2

Kat Murello is amongst the most ambitious stand-ins I know.  Not just ambitious, she has some pretty exciting perspectives on standing in.

In the first two-part interview of the Stand-In Central Interview Series, Kat talks about her experience standing in on awards shows, game shows, and runway shows, offering advice should you find yourself booked on one of these unusual projects.

In the second part of the interview, Kat makes a case for getting stand-ins credited in the closing credits of projects they work on, a case I can really get behind.  Tune in next week for the second part of Stand-In Central’s interview with Kat Murello. 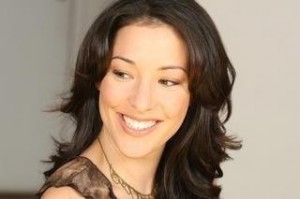 KM: My name is Kat Murello, and I work as a rehearsal stand-in for television and film while pursing a career in television hosting.

KM: I have been a stand-in for a wide variety of performers–from Kathy Griffin to Rachael Ray, to the entire cast of Hair.  I’ve also done long-term movie stand-in work for actresses such as Jessica Alba and Elizabeth Banks.

SIC: You’ve been privileged to stand in on projects other than your regular film or TV show.  What are some of the other types of projects you’ve stood in on?

KM: Although I often do stand-in work for films and television series, a large portion of what I do is for specials such as The Tony Awards, The Comedy Central Roasts, The Celebrity Apprentice, various game shows, and runway shows for Fashion Week. It’s been a real gift because as an aspiring host myself, I’ve had the chance to work with and rehearse with some of the best in the business–like Jon Stewart and Neil Patrick Harris. You can’t get better training than that. 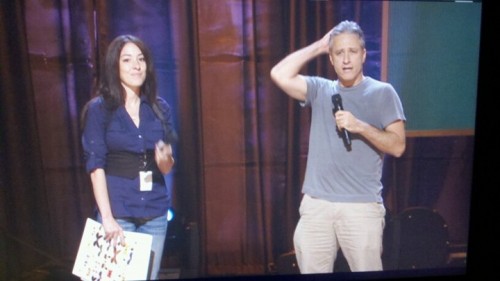 SIC: I understand that these other types of projects require quite different skills of the stand-in.  What do you do as a stand-in on an awards show?

KM: Being a stand-in on an awards show is a lot of fun.  You are really required to use your talents on these jobs as opposed to many film and television series that simply ask you to stand in place and hold marks.

With awards shows you can be doing anything from reading teleprompter and doing voiceover copy, to going through dancers’ paces and giving acceptance speeches.  For one awards show I was even used with another stand-in for rappers Pharoahe Monch and Buckshot, and we had to rap their song for rehearsal while The Roots played the music.  It was crazy!  And a lot of fun!

SIC: What do you do as a stand-in on a game show?

SIC: And what skills are required for standing in for a fashion show?

KM: Standing in for fashion shows requires different things depending on the designer or event.  You are basically helping them to create their vision so that when the models come in they have all the timing right with the music and the lighting.  Different designers and shows require different types of walks so you have to be prepared to give them exactly what they ask for without thought.

SIC: Did you feel you needed to prepare in any way for these gigs?  How might a stand-in prepare for these types of gigs?

KM: For the Victoria’s Secret Fashion Show last year, I was the stand-in for one of the musical acts–Katy Perry.  To prepare for that, I memorized the lyrics for the songs she was to perform for the show, and I had to perform her routines with her backup dancers.  You have to really be on point with stand-in jobs like that because everyone around you needs a good rehearsal–the dancers, the camera operators, the lighting crew. You have to remember it isn’t about you–it’s about everyone around you–so you must be prepared and on your game so everyone can get the most out of the rehearsal.

But the best way to prepare for most of the stand-in jobs that I do is to be focused on the task at hand and to really stay on top of your improviser game. You need to be open and devoted to the improvisational concept of “Yes, and…” and you must be a very good listener–that is what will give the game show or television special the rehearsal they are looking for.

SIC: Do you have any color cover advice for these other types of stand-in gigs?

KM: As far as color cover goes, you are usually working with lavalier mics so you need to wear clothing that will cooperate with that–polo shirts and buttondowns are best, with a pair of jeans or pants that you can clip the battery pack to.  For fashion shows, head-to-toe black is usually the dress requirement. That, and looking as tall as possible!

SIC: Do these stand-in gigs have unusual pay scales or do they pay like your usual stand-in gig?

SIC: Do you have any advice for a stand-in looking to get into standing in on an awards show or a game show?

KM: My best advice would be to get improvisational training. I did the program at Upright Citizens Brigade and I am constantly putting into practice the tools I learned there. I recommend reading improv books by Charna Halpern and Mick Napier.

KM: Working rehearsals for these sorts of shows is a gift, so be on point but allow yourself to be in the moment. You will learn things that cannot be taught in school and you will make connections that can benefit you greatly. Also, it’s very important to stay professional and be discreet. You are privy to things that aren’t available to the general public yet so you have to take the responsibility of that seriously.

Next week on Stand-In Central, Part 2 of this post: Interview with Kat Murello, Part 2 of 2!