Interview with Joonas Suotamo, Stand-In for Chewbacca — Article from PennLive 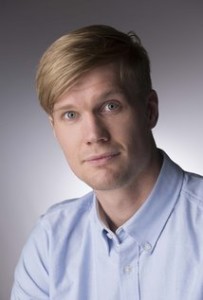 In keeping with the Chewbacca stand-in theme here on Stand-In Central around the release of Star Wars: The Force Awakens, another stand-in for Chewbacca came into the news recently.

Former University of Pennsylvania basketball player Joonas Suatamo, a 6’11” Star Wars film fan, was interviewed recently by PennLive on his landing the role of stand-in for Peter Mayhew, the actor who has played Chewbacca for a number of films including the latest Star Wars episode.

Mayhew was able to work on camera in the costume of the character covered completely in hair, but at 71 his age had compromised some of his physical ability. Casting a stand-in for Mayhew was aimed at finding someone tall who could also perform Chewbacca’s characteristic movements, especially in physically demanding scenes where Mayhew was unable to perform.

The PennLive interview with Joonas seems to confuse the job of the stand-in with the job of photo double or body double, which are two job titles that might more appropriately fit what Joonas did on The Force Awakens. Photo and body doubles appear on camera, while stand-ins work behind the scenes in order to set up camera shots, lighting, etc., before a scene is shot.

It’s unclear if Joonas performed both of the jobs of stand-in and double, but no doubt he had a thrill working on this dream production. As a child, when asked what his favorite films were, he simply said “Star Wars” — meaning all of them.

Did you work as a stand-in on Star Wars: The Force Awakens? Let us know and post below!